Although urban floods were largely investigated, the flow exchanges between streets and buildings are not documented in the laboratory and seldom in the field. DEUFI project will fill this gap focusing on the hydraulic processes inside and outside one building and assessing how this knowledge can be useful to estimate and reduce damages and fatalities.

Information provided at one of these scales permits to estimate the level of risk and to take decisions about flood risk management at the individual or collective scales.

To know more about DEUFI: here

Find our job offers in: Join us 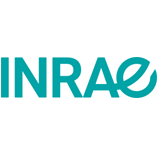 By continuing to navigate on riverhydraulics.inrae.fr you agree to the cookie policyOkLearn more